People Involved in a Will 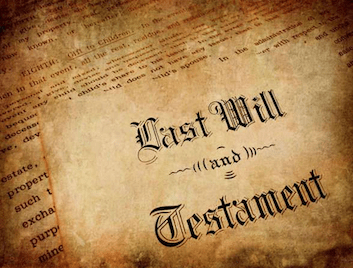 Here is a list of people involved in a will:

Witnesses – the people who witness the will. At least two witnesses are required. Sometimes three witnesses are used, but two is enough.[2] The witnesses, within one thirty day period, both attest to the testator’s signature, as affixed or acknowledged in their presence, and at the request of the testator, sign their names and affix their residence addresses at the end of the will.

Notary – Notarizes the affidavit of the attesting witnesses if one exists. A will does not need a notary to be involved in order to be valid. But a notary often one of the people involved in a will because the affidavit of attesting witnesses means that the will can be admitted to probate when the time comes without having to look for the witnesses and get their testimony or affidavits as to the validity of the will. [2]

Attorney – prepares the will and makes sure it’s executed correctly. Makes sure that the people involved in a will perform their functions correctly, get what they are entitled to and benefit without any issues.

Executor – the person whom the testator nominates to be in charge of the estate. An executor is involved in the will in that after the death, the executor marshals the assets of the decedents, pays taxes, pays the creditors of the decedent and satisfies any valid claim against the estate and distributes the remainder to the beneficiaries of the estate. In New York, we call them executor. In other states, they may be called Personal Representative.

Successor Executor – takes over the duties of the executor if the original executor is not able to carry out those duties.

Legatee – a person designated to receive a transfer by will of personal property.[4]

Devisee – a person designated to receive a transfer by will of real property.[5]

Beneficiary – a person entitled to any part or all of an estate.

Distributee – a person entitled to take or share in the property of a decedent who died without a will.

Heir – any one of the above four can be called an heir in some contests.

Here is more information about the difference between the people involved in a will – legatee, devisee, distributes and beneficiary. Some of these can overlap, as people involved in a will can each take on several roles. The same person can be a legatee, devisee, beneficiary and distribute. The attorney can also be the notary or the witness or even the testator.

Those are the people involved in making a will in New York.

The benefits of trusts as opposed to wills

How to plan for a disabled child

How to plan for a future disability