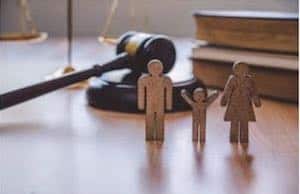 In child custody, stakes are high and emotions run hot. Both parents want to be there for their children and to spend as much time with their children as possible. In some cases, the parents agree to share custody. In some cases, they do not and a custody dispute ensues. In either case, you need a child custody lawyer in order to protect your rights and ensure that the custody arrangement is in the best interest of your child.

A child custody lawyer will help you with the following:

Courts can grant either joint or sole custody in both physical or legal custody. Thus, there are four types of custody arrangements:

In the same way, sole physical custody is not the norm but granted in cases of domestic violence, mental illness, or substance abuse. Sole physical custody does not mean the other parent will not be able to see the children. The non-custodial parent may be given visitation rights which could include overnight visits. Joint physical custody, on the other hand, is the norm granted during divorce or separation to enable both parents to spend an almost equal amount of time with their children.

Given the four types of custody arrangements, the court may grant sole physical custody to one parent but joint legal custody to both parents. For example, when parents have separated and one parent is in the military and has been deployed abroad, the parent in the US may be granted sole physical custody, but joint legal custody is still exercised by both parents. This means that, even if the child lives primarily with the parent in the US, important decisions regarding the child’s education, healthcare, extracurricular activities, and religion rest on both parents.

The same situation may apply when two parents live in separate states. For example, J Lo, who has moved to California from Florida, may be granted sole physical custody over the children, but joint legal custody (which means the power to decide on important decisions regarding the children) will still rest on both parents, J Lo and Marc Anthony.

Best interests of the child

In a custody case, the court appoints an attorney for a child. This attorney will talk to the child in private and tell the judge what the child wishes. A caseworker may also be assigned to visit the homes of the parents, speak to the other people who live in the home, such as the step-parent and other siblings, and prepare a report about the parents asking for custody. In the hearing, each party will also present their own witnesses who can support their case. The judge may also speak to the child privately in his office without the presence of the parents. After taking into consideration all these, the judge will make a custody order based on the best interests of the child.

Previously, it was a case of who was an unfit parent. Recent jurisprudence recognizes that both parents may be fit. The one awarded custody is generally the more fit parent over the less fit parent, given the factors that determine the best interests of the child. A child custody lawyer will help you prove you are the more fit parent in the case.

A custody order is not final and may still be modified. Sometimes, parents may relocate due to remarriage, job changes, or financial opportunities, and need a modification of the custody order. There could be loss of employment, financial hardships, or a medical issue that might arise requiring a change in the custody order. A partner in a same-sex couple who did not adopt the child of his other partner is not considered a parent and will not be given any rights once they separate, even if such a parent would be happy to help financially. However, a child custody lawyer will be able to help this non-parent have some access to the child due to the relationship already forged with the child.

Should you have issues in family or child custody and need assistance, we at the Law Offices of Albert Goodwin are here for you. We have offices in New York, NY, Brooklyn, NY and Queens, NY. You can call us at 718-509-9774 or send us an email at attorneyalbertgoodwin@gmail.com.