Siblings’ Rights After a Parent’s Death. Options, Scenarios and Guidance. 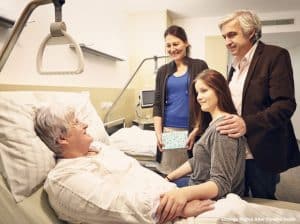 Siblings have rights after a parent’s death. Those rights largely depend on whether or not the parent left a will.

If your parent left a will, then siblings’ rights are determined by the text of the will, although you do have a right to contest the will.

If your parent did not leave a will, then siblings’ rights are determined by the default rules of the state.

And if you are in a situation where you need to prove that you are one of the siblings, you can bring a kinship proceeding to prove you are one a child of the parent.

Enforcing siblings’ rights after a parent’s death can either be easy or can take substantial time and effort. If you are looking for a lawyer, we at the Law Offices of Albert Goodwin are here for you. You can send us an email at attorneyalbertgoodwin@gmail.com.

If your parent left a will, then the following applies:

If the parent left a will, then siblings’ rights after parents’ death are determined by the will. The will determines which sibling is in charge of the estate and what each sibling gets or does not get. In order for the will to take effect, it has to be ratified by the probate court in a process that is called estate probate. The will has to be examined by the judge and determined to be valid, and everyone who wishes to object to the will has to have their chance to object. After that, creditors have the right to have their claims paid and the executor of the will can eventually distribute the estate to the beneficiaries of the will.

If a parent left siblings out of the will

A will controls what the siblings get from an estate. Can you be a sibling and still get nothing from the estate? Absolutely. If your parent left a will, the will controls what happens to the inheritance after the parent’s death. A will can omit a sibling, expressly mention that a sibling does not get anything, or give a sibling a lesser share than other people in the will. The will overrides distributee distribution. Technically, at least in New York, a parent can disadvantage one or more of the siblings in any way they like.

If your parent did not leave a will, then the following applies:

How much does each sibling receive?

“Issue” means linear descendants – children, grandchildren, and great-grandchildren. It’s true whether the issue is siblings or half-siblings from the mother’s side.

A distributee is a legal term for a person who is entitled to inherit property from their relative who died without a will. New York Estates, Powers and Trust Law Section puts it this way: “A distributee is a person entitled to take or share in the property of a decedent under the statutes governing descent and distribution.” Quite intuitively, the noun “distributee” comes from the verb “distribute.” It connotes relatives to whom the estate is distributed unless overridden by a Will.

Who’s in charge of the estate?

If the parent had a will, then only the sibling named as the executor or personal representative has the right to be in charge of the estate. If the parent had a spouse, then the spouse has the priority to become the administrator of their estate. This is not something that every distributee appreciates. For example, sometimes a child from the first marriage does not want the wife of the decedent to become their administrator. If the parent did not leave a will and was not married when they died, then any one of the siblings can petition for the administration of an estate.

When you are claiming to be one of the siblings, in other words, claiming to be a child of the person who died, there is a process to prove that you are entitled to share in the estate together with the rest of the siblings. The process is called a kinship proceeding. You would need to provide a Birth Certificate. If there is no Birth Certificate, then a DNA test may be required. It would be easier if the sibling can prove that the parent had an open and notorious relationship with them. If there is a disagreement over who the siblings are, or if the distribution is unclear, then a proceeding such as proving paternity in a New York estate would ensue, whereby the court determines the relationship of each person who claims to be one of the siblings.

My name is Albert Goodwin, I am a New York estate lawyer with experience in protecting siblings’ rights after a parent’s death. We have offices in New York, NY, Brooklyn, NY and Queens, NY. If you need legal representation, you can call my office at (212) 233-1233 or (718) 509-9774, or send me an email at attorneyalbertgoodwin@gmail.com.