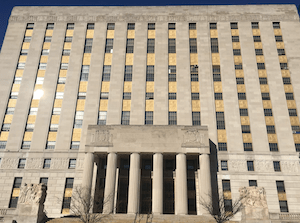 SUBWAY: 4, D and B trains to 161st  Street/Yankee Stadium. Metro-North train service to Connecticut and Westchester County at the 125th Street subway stop.

The court is closed on all state holidays.

Hon. Nelida Maláve-González. Judge Gonzalez has been the Bronx County Surrogate’s Court judge since the year 2012. She has previously served as the Judge for the New York Civil Court.

Judge Nelida Maláve-González has a staff of clerks who help her analyze cases and conduct pre-trial, scheduling and settlement conferences.

Bronx County Surrogate’s Court deals through its various departments with the following matters:

Bronx County Probate – Bronx County Surrogate Court handles estate proceedings involving a will. That’s why some people call it “Bronx Probate Court.” Most probate proceedings are uncontested – the person who brings in the will (the proponent) submits the will, has their New York estate lawyer fill out the appropriate paperwork and files the original will in the Bronx Surrogate’s Court, together with a petition, original death certificate, funeral bill, and accompanying affidavits and notices. The court will set a date for the hearing on the probate of the will, and if no one appears then the court will grant the probate. If someone does appear, then the estate is contested and the examinations of the attesting witnesses and the attorney-draftsman of the will are scheduled and the cases go on a contested track.

Bronx County Accountings – Bronx County Surrogate’s Court handles accountings filed by executors and administrators of estates and trustees of trusts. Accountings are usually compelled by beneficiaries interested in the trust or an estate, through a Miscellaneous proceeding.

Record Room – Bronx County Surrogate’s Court records are available on the computers located in the record room and on the computer. It is not possible to access those records online through the internet.

Bronx County Inventory of Assets Department – deals with an inventory of assets, which is to be filed no later than 9 months of the date letters issued to fiduciary.

If you need an attorney for Bronx County Surrogate’s Court, call Albert Goodwin, Esq., a New York estate, guardianship, wills, trust and probate lawyer with over a decade of experience.