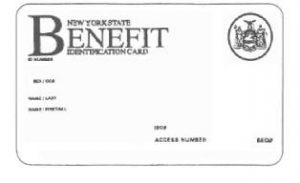 As a leading Medicaid lawyer in NYC, Albert Goodwin can assist you with the following:

As a Medicaid Lawyer in NYC, we can help you set up a Medicaid Asset Protection Trust

A Medicaid trust is a legal entity that shields your income or assets from being considered when your Medicaid eligibility is determined. As a Medicaid lawyer in NYC, we can help you create a medicaid asset protection trust. A Medicaid trust allows you to qualify for Medicaid even if your income or assets are over the allowed limit. You can have the government pay for medical care, home health aides, and nursing home. A New York Medicaid trust is a valuable tool that helps protect your assets, allowing you to leave your estate to your family instead of using your money to pay for medical and nursing home care.

A pooled income trust is an arrangement that allows a person to have a charity manage their money in exchange for that money not being counted as their income for purposes of eligibility for Medicaid. As a Medicaid lawyer in NYC, we can help you join a pooled Medicaid trust. The pooled income trust account functions similar to a managed bank account. The monthly non-discretionary bills, such as rent, mortgage, cable, healthcare premiums, etc., can go straight to the pooled income trust for payment. The variable expenses, such as food, clothing, travel and entertainment expenses, can be charged to a credit card, with such bill being submitted to the trust at the end of the month for payment.

Structuring a Gift and Loan transaction

Even when someone is about to enter the nursing home, it is still possible to preserve half of their assets while qualifying for Medicaid. One of the last resort tactics we use is the gift and loan technique known as “half and half.” As a Medicaid lawyer in NYC, we can help you structure a gift and loan transaction using a letter, promissory note and other documentation.

As a Medicaid lawyer in NYC, we can help you minimize Medicaid estate recovery. Medicaid estate recovery in New York is more common than people realize. Under Social Services Law (SSL) Section 369, the state of New York may, and is actually required, to recover Medicaid benefits upon the death of a recipient. It applies to persons who received Medicaid benefits at the age of 55 or older or to persons who, regardless of age, were permanently institutionalized prior to their death. The state can recover the amount of Medicaid correctly paid from the date the recipient turned 55 years of age or the date of permanent institutionalization, whichever occurs first. You need a Medicaid lawyer in NYC in order to minimize estate recovery.